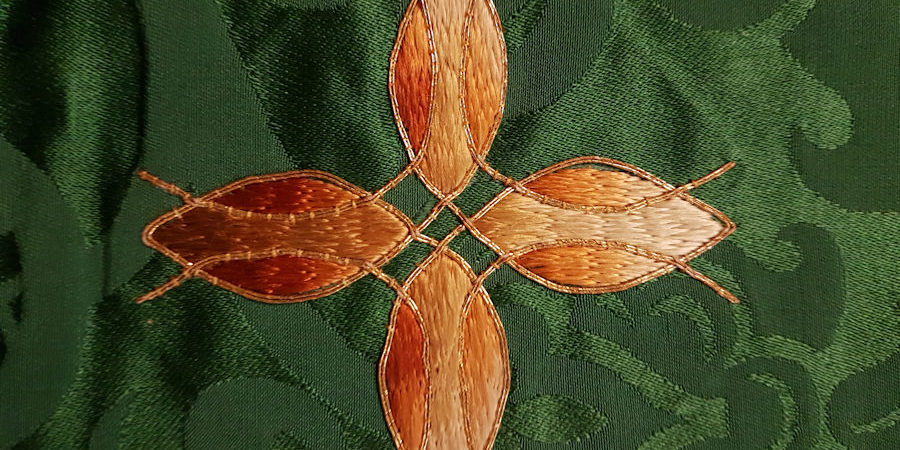 The Sixth Sunday After Trinity

Collect:
Merciful God,
you have prepared for those who love you
such good things as pass our understanding:
pour into our hearts such love toward you
that we, loving you in all things and above all things,
may obtain your promises,
which exceed all that we can desire;
through Jesus Christ your Son our Lord,
who is alive and reigns with you,
in the unity of the Holy Spirit,
one God, now and for ever.

The Reading:
Ephesians 1.3-14
Spiritual Blessings in Christ
3 Blessed be the God and Father of our Lord Jesus Christ, who has blessed us in Christ with every spiritual blessing in the heavenly places, 4 just as he chose us in Christ before the foundation of the world to be holy and blameless before him in love. 5 He destined us for adoption as his children through Jesus Christ, according to the good pleasure of his will, 6 to the praise of his glorious grace that he freely bestowed on us in the Beloved. 7 In him we have redemption through his blood, the forgiveness of our trespasses, according to the riches of his grace 8 that he lavished on us. With all wisdom and insight 9 he has made known to us the mystery of his will, according to his good pleasure that he set forth in Christ, 10 as a plan for the fullness of time, to gather up all things in him, things in heaven and things on earth. 11 In Christ we have also obtained an inheritance, having been destined according to the purpose of him who accomplishes all things according to his counsel and will, 12 so that we, who were the first to set our hope on Christ, might live for the praise of his glory. 13 In him you also, when you had heard the word of truth, the gospel of your salvation, and had believed in him, were marked with the seal of the promised Holy Spirit; 14 this is the pledge of our inheritance towards redemption as God’s own people, to the praise of his glory.

The Gospel:
Mark 6.14-29
The Death of John the Baptist
14 King Herod heard of it, for Jesus’ name had become known. Some were saying, ‘John the baptizer has been raised from the dead; and for this reason these powers are at work in him.’ 15 But others said, ‘It is Elijah.’ And others said, ‘It is a prophet, like one of the prophets of old.’ 16 But when Herod heard of it, he said, ‘John, whom I beheaded, has been raised.’
17 For Herod himself had sent men who arrested John, bound him, and put him in prison on account of Herodias, his brother Philip’s wife, because Herod had married her. 18 For John had been telling Herod, ‘It is not lawful for you to have your brother’s wife.’ 19 And Herodias had a grudge against him, and wanted to kill him. But she could not, 20 for Herod feared John, knowing that he was a righteous and holy man, and he protected him. When he heard him, he was greatly perplexed; and yet he liked to listen to him. 21 But an opportunity came when Herod on his birthday gave a banquet for his courtiers and officers and for the leaders of Galilee. 22 When his daughter Herodias came in and danced, she pleased Herod and his guests; and the king said to the girl, ‘Ask me for whatever you wish, and I will give it.’ 23 And he solemnly swore to her, ‘Whatever you ask me, I will give you, even half of my kingdom.’ 24 She went out and said to her mother, ‘What should I ask for?’ She replied, ‘The head of John the baptizer.’ 25 Immediately she rushed back to the king and requested, ‘I want you to give me at once the head of John the Baptist on a platter.’ 26 The king was deeply grieved; yet out of regard for his oaths and for the guests, he did not want to refuse her. 27 Immediately the king sent a soldier of the guard with orders to bring John’s head. He went and beheaded him in the prison, 28 brought his head on a platter, and gave it to the girl. Then the girl gave it to her mother. 29 When his disciples heard about it, they came and took his body, and laid it in a tomb.