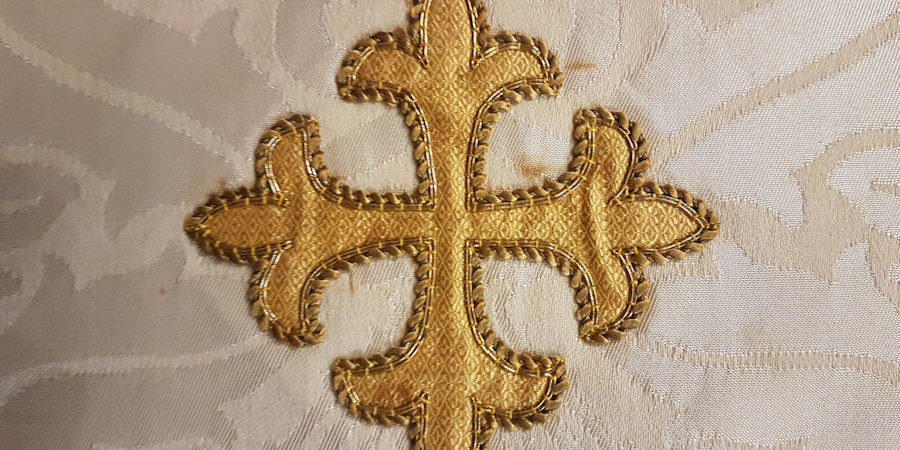 In the Western churches, the Epiphany (‘manifestation’) became an occasion to celebrate one element in the story of Christ’s birth, the visit of the far-travelled magi, understood as the manifestation of Christ to the Gentiles. Matthew’s account speaks simply of ‘wise men from the east’; later tradition fixed their number at three, made them kings and recalled their resonant names – Caspar, Melchior and Balthasar. In this perspective, Epiphanytide is an apt season to pray for the worldwide mission of the Church. The feast of the Conversion of St Paul, the Apostle to the Gentiles, appropriately falls in the Epiphany season, as does the Week of Prayer for Christian Unity. In the Eastern churches, the Epiphany is, rather, the celebration of Christ’s baptism at the hands of John, when the heavens were opened and a voice from heaven declared Jesus to be God’s beloved Son.The miracle of Cana in Galilee, where Jesus ‘first manifested his glory’, follows immediately:

Manifest at Jordan’s stream,
Prophet, Priest, and King supreme;
and at Cana wedding-guest
in thy Godhead manifest. (Christopher Wordsworth)

The arrangement of the Sundays of Epiphany in the Revised Common Lectionary deliberately draws out these aspects.

The season of joyful celebration that begins at Christmas now continues through the successive Sundays of Epiphany, and the festal cycle ends only with the Feast of the Presentation (Candlemas). The child who has been manifested to the magi at his birth is now recognized by Simeon and Anna, when he comes to be presented in the Temple according to the Law of Israel. He is both ‘a light to lighten the Gentiles’ and ‘the glory of God’s people Israel’. But the redemption he will bring must be won through suffering; the Incarnation is directed to the Passion; and Simeon’s final words move our attention away from the celebration of Christmas and towards the
mysteries of Easter.